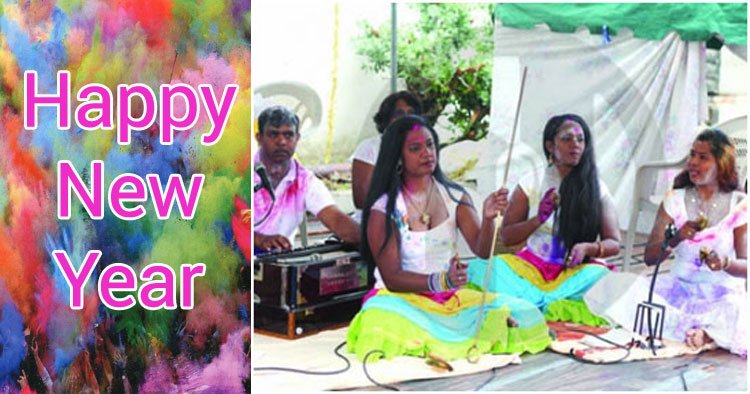 April 30, 2014: DASHES OF BLUE, red and white powder painted a kaleidoscope of celebration, as Hindus and people of Indian descent in Barbados marked Phagwa yesterday.

The festival of many colours signalled the beginning of a new year on the Hindu calendar, as well as the victory of good over evil, Pandit Thakoor Prashad explained to the Daily Nation at the Welches, St Michael temple where the event was held.

“Barriers are broken and all enmity is gone and everyone becomes friends,” he continued.

Prashad reported that local celebrations were growing. Fifteen undergraduate cultural studies students from the University of the West Indies, Cave Hill, curious onlookers and supporters came out to the event, which started late in the afternoon, despite the scattered showers.

Culinary delights were just as important as the coloured powder in Phagwa, and large pots filled with traditional Indian delicacies were served.

Music, dancing and a penny concert were also a part of the activities.

Secretary/treasurer of the committee Dr Anne Rose noted that the event was also a part fundraising effort for the temple’s charitable work.