Surge of Hindu temples coming up in Australia 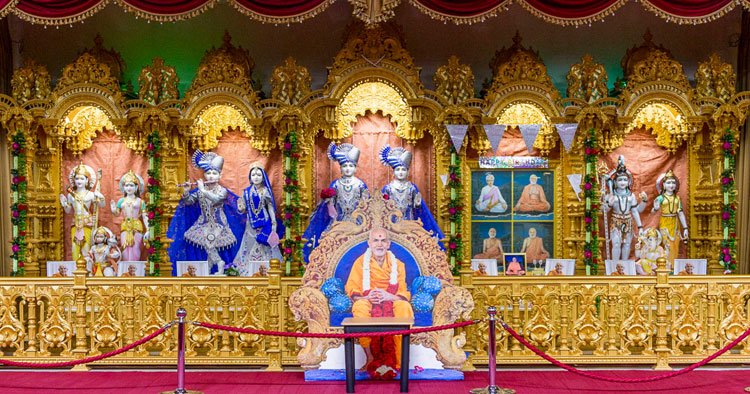 The murti-pratishtha ceremony on Sunday, which marked the climax of the four-day Mandir Mahotsav, took place in the presence of BAPS sadhus, the Premier, Federal Member of Parliament (MP), Julie Owens and State MP, Dr Geoff Lee as well as many visitors from across Australia, New Zealand and the rest of Asia Pacific.

The murtis, previously sanctified and consecrated by His Holiness Pramukh Swami Maharaj during his visit in 2002, were reinstalled in the new mandir amidst the chanting of Vedic mantras. This was followed by a traditional folk dance performed by children and the first arti of the murtis in the new mandir.

Premier O’Farrell praised the positive impact of satsang in the state and Australia. “The year 2014 marks an important milestone in the BAPS community. It’s been 30 years since His Holiness Pramukh Swami Maharaj visited Australia in 1984. Over these 30 years the community has become an integral part of our multi-cultural society and our multi-faith society.”

The Mandir Mahotsav celebrations included a Welcome Assembly, an assembly to launch the 150th birth anniversary celebrations of Brahmaswarup Shastriji Maharaj, the founder of BAPS, and a Kirtan Aradhana.

Another BAPS mandir was inaugurated in Brisbane the following week with a two-day celebrations on 14 and 15 February.

With this two mandir openings, BAPS now holds four mandirs in Australia, specifically in Sydney, Perth, Melbourne and Brisbane with Adelaide to go next as well as Perth renovations in the pipeline.